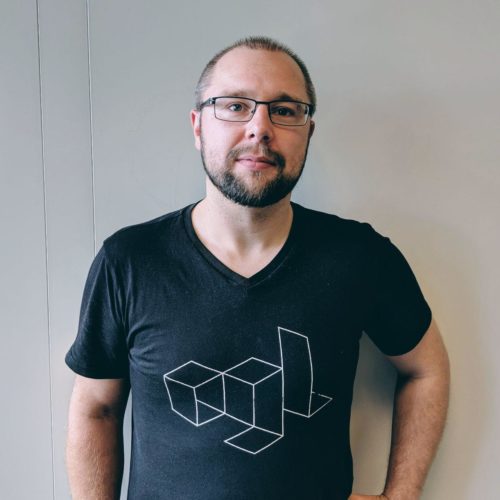 Milan is an estranged academic turning thoughts into things and trying to help others to do the same. He is currently working as a Creative Producer and Designer at Massive Miniteam, a company he founded together with three other colleagues. Since then, the team has grown to ten people and is working on their first game „Spitlings“, which is published by HandyGames and will release in Q1 2020 to all major platforms.

Massive Miniteam also works on a variety of contract works for major industry clients as well as agencies to crossfinance their game development. These works are mostly situated in the realm of XR and E-Learning.

Past:
Milan is interested in and draws inspiration from the broad fields of cultural, sociological, political, media and diversity studies. Longing for a generalist education, he enrolled at Bauhaus-University Weimar for a Bachelor Degree in Media Culture, which he finished in 2012. With the desire to turn theory into practice, he then enrolled in the Master „Game Research and Development“ at Cologne Game Lab and focused on Interaction Design, Production and Narrative Design. He finished his thesis in 2017 about Dialog Systems in Videogames.

During a break from his studies, he worked as Lead Game Designer, Narrative Designer and Author at Vibrant Core, releasing the VR Space Adventure „Space Rift“ for Vive, Oculus and PSVR in 2016.

All Sessions by Milan Pingel