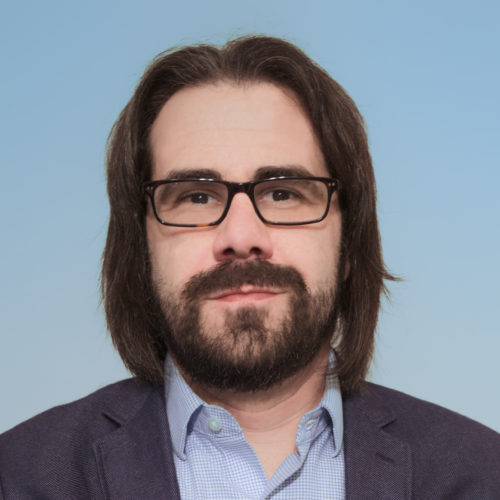 Dr. Ian Bogost is an author and an award-winning game designer. He is Ivan Allen College Distinguished Chair in Media Studies and Professor of Interactive Computing at the Georgia Institute of Technology, where he also holds an appointment in the Scheller College of Business. Bogost is also Founding Partner at Persuasive Games LLC, an independent game studio, and a Contributing Editor at The Atlantic.

Bogost is also the co-editor of the Platform Studies book series at MIT Press, and the Object Lessons book and essay series, published by The Atlantic and Bloomsbury.

Bogost’s videogames about social and political issues cover topics as varied as airport security, consumer debt, disaffected workers, the petroleum industry, suburban errands, pandemic flu, and tort reform. His games have been played by millions of people and exhibited or held in collections internationally, at venues including the Smithsonian American Art Museum, the Telfair Museum of Art, The San Francisco Museum of Modern Art, The Museum of Contemporary Art, Jacksonville, the Laboral Centro de Arte, and The Australian Centre for the Moving Image.

His independent games include Cow Clicker, a Facebook game send-up of Facebook games that was the subject of a Wired magazine feature, and A Slow Year, a collection of videogame poems for Atari VCS, Windows, and Mac, which won the Vanguard and Virtuoso awards at the 2010 IndieCade Festival.

All Sessions by Ian Bogost