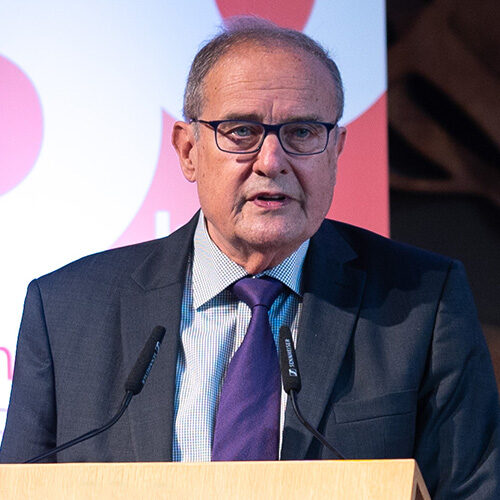 Prof. Dr. Joachim Metzner was appointed Professor of Language and Literature Education at the University of Applied Sciences in 1979. From 1981 he headed this department as Dean. Three years later, the Convention elected him Prorector for Teaching, Studies and Study Reform and finally, in 1989, Rector of the University. He held this office until 2012. Subsequently, he was a member of the University Council of the TH Köln until 2018.

In 2004, Prof. Metzner was awarded the Federal Cross of Merit with Ribbon for his decades of commitment to higher education policy and his outstanding services to research and teaching at the Cologne University of Applied Sciences and to the development of North Rhine-Westphalia’s universities of applied sciences. In 2015, he was awarded the Cross of Merit 1st Class of the Order of Merit of the Federal Republic of Germany. The award recognizes his extraordinary social and honorary commitment to higher education policy, teaching, and the international reputation and networking of German universities. In 2021, the TH Köln awarded him the honorary senatorship.

All Sessions by Joachim Metzner