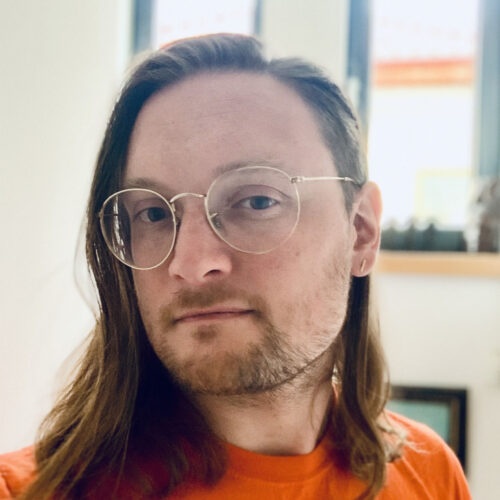 Gareth (they/them) is an award-winning writer, designer and artist. Their first game, In Other Waters won the Jury Prix at IndieCade Europe, and was widely praised by critics for its “hypnotic art, otherworldly audio and captivating writing” (Eurogamer). Their second, Citizen Sleeper was equally critically acclaimed, and its prose was named “some of the best in all of video games” (Vice).

Gareth’s criticism has been published in a wide variety of forms, from Eurogamer and Rock Paper Shotgun to Edge Magazine and Frieze Magazine. They are the editor and creator of Heterotopias, an independent zine about games and architecture, and have lectured on the history and theory of games and architecture at the world-renowned Bartlett School of Architecture, University College London. Their game photography has been shown at London’s Photographer’s Gallery, The Victoria & Albert Museum, and the Lisbon Architecture Triennale, as well as being published in the British Journal of Photography. Gareth also holds a PhD in experimental literature from Royal Holloway, University of London.

All Sessions by Gareth Damian Martin