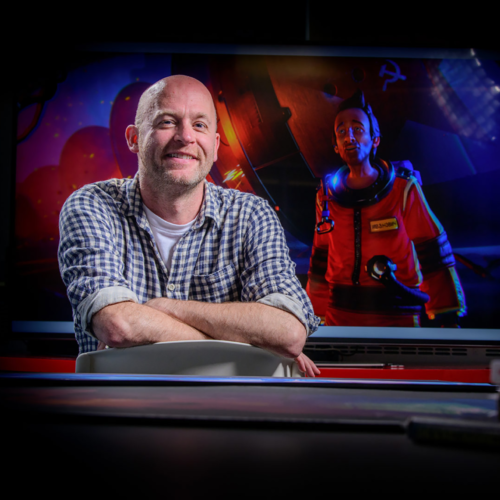 Dan Pinchbeck is the co-founder and Creative Director of The Chinese Room, an award-winning game development studio based in Brighton, UK. He conceived, wrote and directed Dear Esther (2012), which is generally regarded as kick-starting the walking simulator sub-genre. He led the studio through the development of Amnesia: A Machine for Pigs (2013), Everybody’s Gone to the Rapture (2015) and the VR fairy tale So Let Us Melt (2017). In 2018, TCR joined Sumo Digital and in 2020 shipped the technicolour platform adventure Little Orpheus on Apple Arcade. Under Pinchbeck’s direction, TCR have been nominated for, and won, game awards across the board and have established an international reputation for storytelling, art, music, audio and voice acting.

Prior to starting the studio, Pinchbeck was Reader of Computer Games at the University of Portsmouth, where he got his PhD in Story and Gameplay in First Person Shooters. He also worked on game preservation research projects, made experimental mods and wrote a book about DOOM.

All Sessions by Dan Pinchbeck