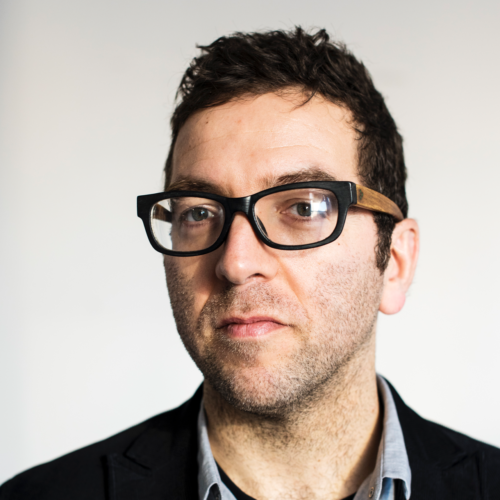 Eric Zimmerman is a game designer and Arts Professor at the NYU Game Center. He designs games on and off the computer that invent new forms of play.

He was the co-founder of the NYC-based studio Gamelab. His videogame projects include Diner Dash and SiSSYFiGHT 2000. Eric has also designed tabletop games like the card game The Metagame (with Local No. 12) and the strategy boardgame Quantum.

Eric is the co-author of Rules of Play and the Game Design Reader and co-founded The Institute of Play, a nonprofit that opened a school in NYC based on games and play as the model for learning.

Over the last several years, Nathalie Pozzi and Eric Zimmerman have designed a series of large-scale game installations that are part architectural sculpture and part interactive performance. Their collaborations have appeared at events and exhibitions at the Museum of Modern Art, the Smithsonian Museum of American Art, as well as in Paris, Dublin, Moscow, and Los Angeles.

All Sessions by Eric Zimmerman