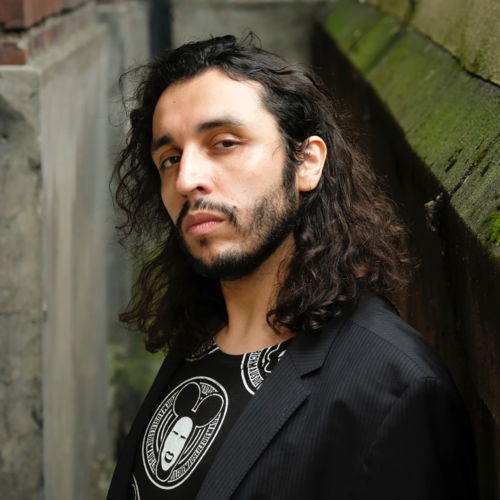 Felipe is originally from San Fernando, Chile. After his graduation as Licentiate in History and Asian Studies, Felipe studied Scriptwriting at the International Film School of Cuba. Later, he worked as a scriptwriter for TV and cinema in México City until, after being part of the Locarno Filmmakers Academy, he migrated to Tokyo, where he worked for 3 years as a director for jazz and art documentaries, music videos and live performances.

Parallel to his film work, Felipe has made poetry and research publications and still photography expositions in Asia and Latin-America, having served as an artist in residence in China, Japan and Chile. Felipe’s work is characterized by an interdisciplinary connection between cinema, poetry and free form elements of music, dance, and contemporary art.

Since 2018 Felipe lives in Cologne, where he studied a Master’s program in Digital Narratives at the ifs. This has allowed digitality to deeply enrich his creative exploration, adding a transmedial layer to his new productions as well as being the source material for a renewed academic interest in cultural cybernetics.

All Sessions by Felipe R. Martínez